Glimpses of the past

In school, the one thing that never failed to land me in a heap of trouble was talking.  Never not enough talking, but usually too much, too loud, repeating things that no 3rd grader should be repeating (try explaining “dirty” rhymes to your mother in Spanish).  That memory still haunts me.

Not much has changed except that I am slightly more adept at holding back a bit on effort to give others the opportunity to talk.  Of course if others choose to be silent, then I most certainly can fill the space.  That being said, if ever there are moments where time is lost, you can bet it was because I was talking.  Quite possibly distracting others in the process.  Though I like to think that this time around, I’m not bugging my classmates, but sharing life with my friends.  You can also rest assured that it’s limited to talking a lot and typically at a louder volume.   Not so much repeating dirty rhymes anymore.  I’m relieved too.

So there we are at swim class and my daughter is talking to the air.  It doesn’t look like she’s actually talking to anyone but herself.  And by talking, I mean full on hand gestures and head nods.  It must have attracted the attention of the little boy next to her because he engaged her in conversation.  Which of course meant that she chatted with him non-stop the remainder of the lesson.  When we got in the car – more talking.  In the grocery store, play-by-play of each section of the store.

Call me a bad parent if you must, but I have to admit that I get a little self-conscious by my child’s talkative nature in public places.  I’m not sure why I care so much what other people think, but I do.  I’m tempted in those moments to hush or even quiet her with a bribe.  Of course those things never work and just serve as a guilt stick that I will undoubtedly beat myself with later.  And in those moments, I’m reminded of a not so distant past of a little girl whose report card never failed to have straight A’s and “talks to much in class”.  I guess that little apple didn’t fall far from the tree. 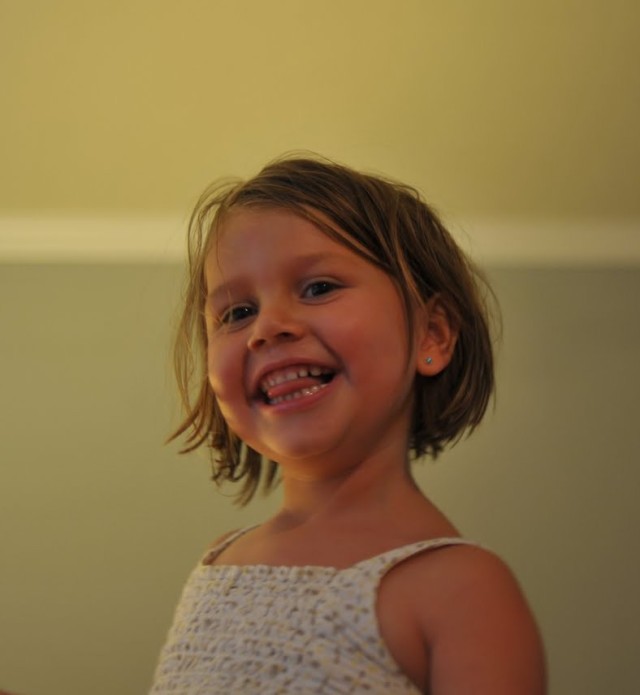 4 thoughts on “Glimpses of the past”