Every year, I completely forget about April Fools, so when it rolls around I usually fall for it all.  Some jokes I don’t even think twice about mostly because I don’t get that it’s an April Fool’s joke and because my mind has other priorities.  Other things I just rationalize.  Take for example, my favorite eye-glass provider, Warby Parker.

I received an e-mail from them on April 1, introducing their new line of eyewear for canines. 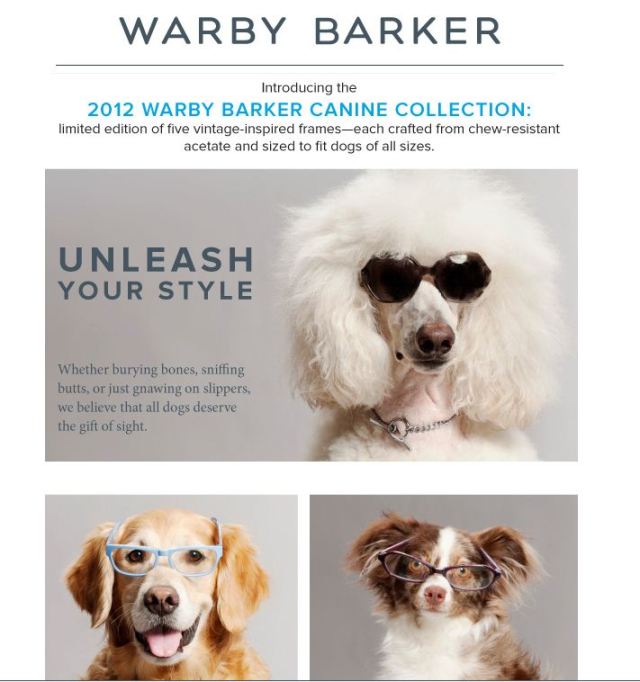 Of course my immediate reaction was “SOOOOOOOOOOOOOO cute.  Look at those doggies.  I should totally take a picture of my dogs with my frames.”  Once I stopped gushing, I thought there’s no way this is for real (forget the date on the calendar), right?    It’s one thing to force your dog to wear your glasses, a whole other thing to actually buy them a pair.

Then I remembered that before Lola was born, our dogs were our kids.  They have since been knocked off that pedestal.  Given that we treated our dogs like our kids, it is conceivable that people would want to buy their dogs cute glasses.  If for nothing else but to have something to post to Facebook.  It could happen.

Like I said, April Fool’s Day is so lost on me.  I only realized it was a joke when my husband e-mailed me asking if I had seen my beloved eye-glass retailer’s April Fool’s joke.  I have now. 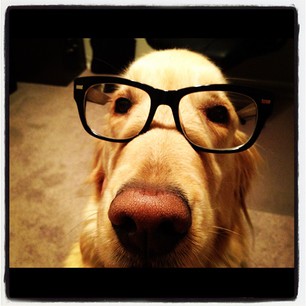