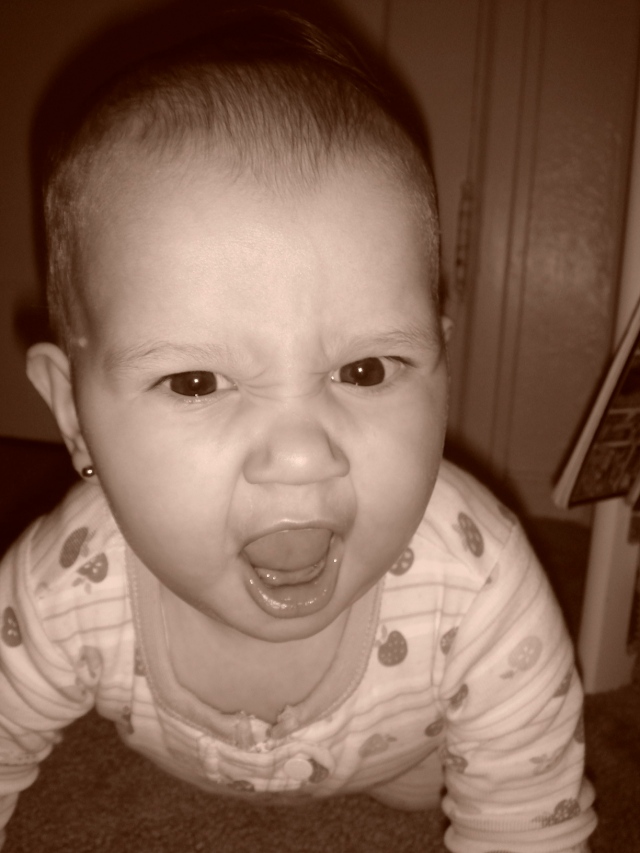 Being around toddlers is like being on a roller coaster.  Non-stop thrills.  Uncontrollable laughter at every turn.  Maybe even a little delirium.  Then it gets scary.  Just like that.  In an instant, with no warning, you fear for your life.  One second they’re hugging you and telling you they “wuv you”.  The next second, if you’re not quick, parts of your flesh will come into contact with their sharp little teeth.

Being the enlightened mother that I am – read naive parent about to learn every lesson the hard way, I decided that after  the millionth question of “is she potty training” and reading several books that it only made sense that at the tender age of 2, Lola should learn the real function of the bathroom.  Prior to this, the bathroom was the place where  she went to find me when she had exhausted other rooms in the house.  “Mama, what are you doing?”  Really, kiddo?  Note to self, get a lock on that door.  What is it with pets and kids just walking into the bathroom?

I won’t go into the details, but I can say that my attempts to “train” my daughter resulted in a colossal failure.  I spent more time cleaning floors and washing 3 times as many clothes as normal.  Clearly I was doing something wrong.  Isn’t that usually the answer when you set out to do something and you don’t see the results you wanted?  Apparently, not.  Sometimes it means it’s just not the right time.  Thank goodness some experienced moms stepped in and told me to stop.  Lola clearly wasn’t ready.

Imagine our reaction tonight when our daughter comes running into the living room filled with laughter and excitement.  There stands our  3-year-old, jumping up and down, yelling at the top of her lungs.  “I pooped all by myself!”  Awesome.  What do you do?  We hi-fived.   Did I mention in her excitement, she forgot the necessary steps following such activity.  Oh well, you can only expect so much from a 3-year-old.

That’s right people, I just blogged about poop.  It happens.