You just can’t post the top songs without posting top movies.  It’s just not possible.  It’s not.  Well, maybe it’s possible if the songs you like aren’t in direct correlation to Christmas movies.  Ok, on to the list.

1.  That’s right people, if you read the song post, then you know one of my favorite Christmas movies is Love Actually.  It’s probably not the sort of thing you watch as a family.  Actually, please do not watch this as a family, but do watch it.  Lot’s of great music, Hugh Grant, great story lines, british accents, Hugh Grant. 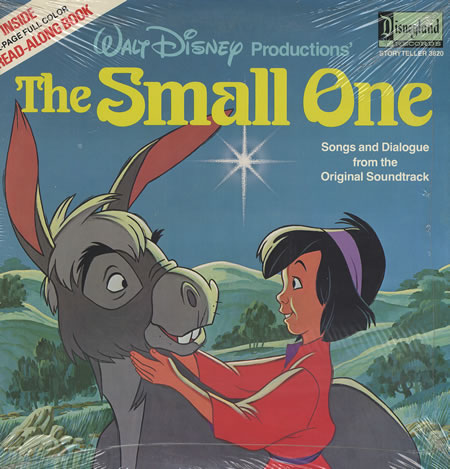 I first watched this movie in College.  My husband gave me the movie as a present and I instantly loved it.  It’s the story of a boy and his donkey.  Unfortunately the donkey has to be sold because he eats more than he contributes.  The only place that will take him is the where they will turn him into glue….NOOOOOO!  And then a kind gentleman (Joseph) buys him for his wife who is preggers (Mary) and will need him for travel.  Tear.  First – it’s the story about an unwanted donkey that in the end has a very special purpose.  Second – I have a soft spot for donkeys.  I know it’s weird, but I do.  When visiting Bryan/College Station in October, we saw a donkey in someone’s front yard.  I took at least twenty pictures of it.  Don’t believe me?

Anywho – check out The Small One whether you’re in to donkeys or not.

3.  Elf.  “You feelin’ strong my friend?  Call me an elf one more time”  “He’s an angry elf.”   And that’s just one of many quotes.  Then of course there’s the Narwhal appearance.

4.  Mickey’s Christmas Carol.  It has something to do with a classic story and the combination of Mickey and Scrooge McDuck.  Or maybe I just like animated films.  I don’t know, but I really like this one.

5.  Home Alone.  I don’t think it’s good to leave your kid behind for Christmas.  I definitely would not suggest it.  I’m not even sure how I can justify liking this movie.  It should come with a disclaimer **Do NOT attempt this at home**  Nonetheless, I do like it.  The soundtrack is great and lessons on the importance of family can’t be missed.

7.  A Christmas Carol the George C. Scott version.  A duplicate pick but can you really call this a duplicate when the previous pick was an animated version with Mickey and Donald?

8.  The Holiday.  Yet another Romantic comedy set around Christmas time.  Maybe this should be a top 10 Romantic Comedies List.

Oops…looks like I don’t really have a top 10 list just top 8.  I know.  I left lots of other of the list.  I think I need to watch them to see if I really like them.

If you’re wondering why the all time favorite classic A Christmas Story is not on my list, wonder no more.  I do not like that movie.  Much like it seems like I’m the only one in the world that likes the Drummer Boy song, I appear to be the only person that does not like A Christmas Story.  Who knows how these things work.